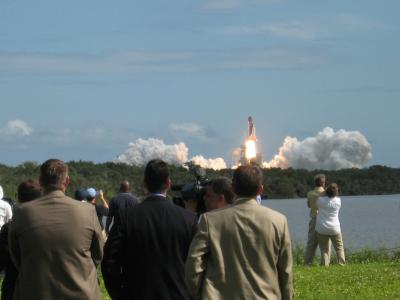 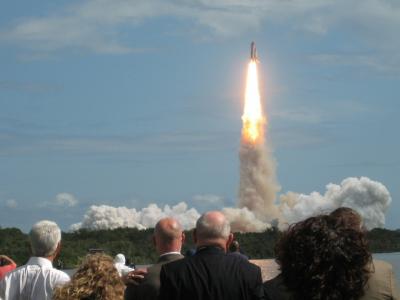 This evening I ran my first 5K race. I’m not counting the one in January where Sam and I walked and pushed both boys in their umbrella strollers. This time I actually ran. 🙂 I guess I performed okay for my first race. I wasn’t studying the clock when I finished … guess I was just happy to finish … but a couple coworkers who were paying more attention than I was told me that I was somewhere in the neighborhood of 32 minutes.

Below is a poor quality photo from my cell phone. It was pretty hot and sunny and also very humid during the race, which started at 5PM. There was a pretty good turnout of KSC employees … probably around 400 people. They had choices of a 2 mile, a 5K, or a 10K. It was a well organized race and I definitely plan to do it again next year. 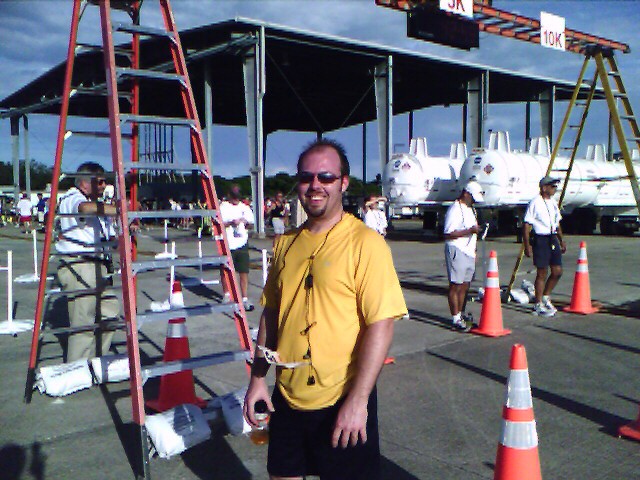 September 27th update: The official race results are in and I came in 115th out of 149 runners in the 5K race with an official time of 33:00.17. I’m happy being in the front of the last quarter of the participants for my first race. My goal for my next race will be to be smack in the middle of the whole crowd. 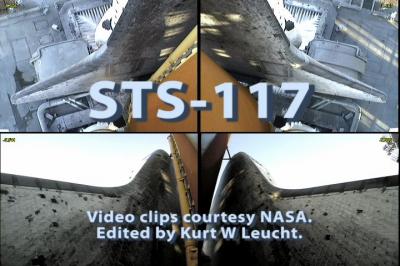 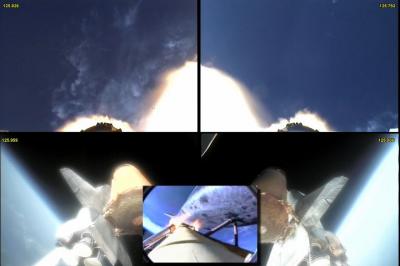 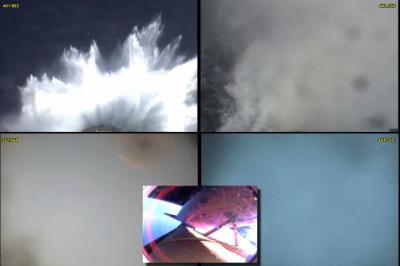 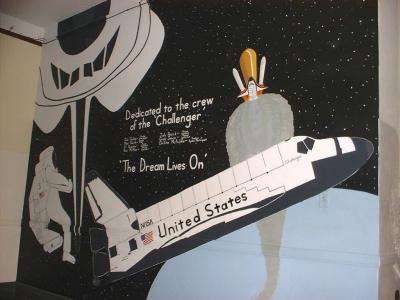 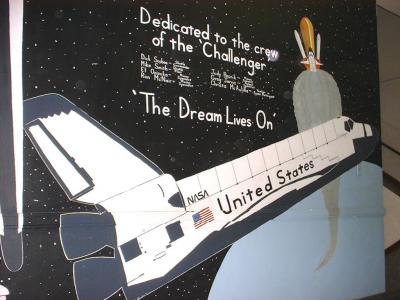 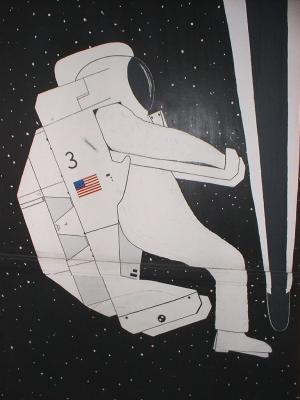 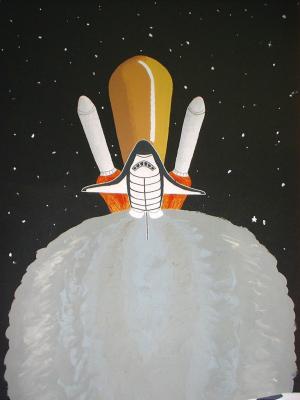 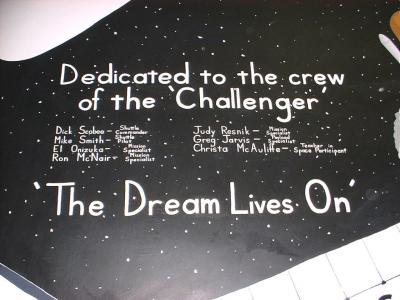 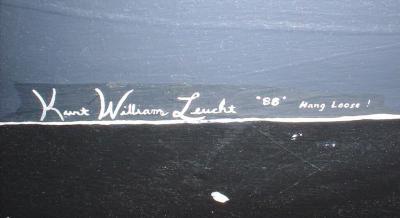 Disclaimer: These are my personal opinions, not official NASA statements!

For those readers who don’t follow NASA news closely, NASA publicly announced recently that the Space Shuttles are slated to be forced into retirement in 2010. This is due to many factors, some of which are listed below:

NASA plans to spend $100 billion over the next 12 years to design, build, and launch the new spacecraft and rockets it needs to put humans back on the Moon by 2018.

For those who think we should only stick to robot exploration:
We already did the robots to the Moon thing. NASA calls this the “Exploration” program because the whole point is to get ourselves off the Earth and out exploring other planets. The NASA Exploration Program tagline for marketing purposes is “Moon, Mars, and Beyond!” Whenever you use a robot, your science is very limited, and your ability to cope with problems that crop up is almost non-existant. Using humans is risky and expensive, but the payoff can be enormous when successful.

For those asking why do we want or need to go back to the Moon:
One possibility is that we can extract precious oxygen from lunar regolith and/or from lunar ice. This act would help a moon base to be a little more self-sustainable and require less logistics missions. Scientists would like to set up large telescopes on the moon where there’s no atmosphere to look through like on Earth and no potential for decay of orbit and reentry, like we have with Hubble Space Telescope. There’s lots of other science that can be done on the Moon.
Once we’re comfortable living on the moon, we can raise our sights and try it out on Mars, and Beyond! Of course, the flights to the Moon planned for 2018 will be similar to Apollo … where we just go, do some science for a few days and then return. It will take a while longer to get into a position to actually set up a long term Moon base. I imagine it will take 2 or 3 times as long to build a Moon base as it is currently taking us to build our Space Station. And that’s been going on for quite some time now. 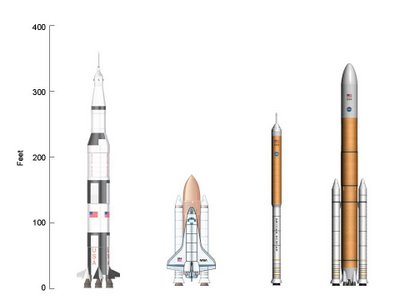 By putting the humans and the cargo on two separate launch vehicles, NASA is hoping to make it much safer for the astronauts. A vehicle required to take a small crew capsule into space is much safer than a vehicle required to take a huge and heavy payload into space. Also, the Ares I vehicle is derived from today’s Shuttle Solid Rocket Boosters, which have a good history after the post-Challenger improvements. Also a single inline vehicle is safer than the piggyback configuration that we used for Shuttle.

After both crew and cargo are launched into low Earth orbit, the crew capsule will attach itself to the cargo and use rockets attached to the cargo to make the trip to the Moon. The plan is very similar to the Apollo Moon missions after that. The crew capsule actually looks a lot like the one used in Apollo, only bigger. Most of the new vehicles are expendable and the only thing that will actually re-enter and land on Earth is the crew capsule, similarly to Apollo.

The Space Shuttle was a great Engineering feat. But it was just too fragile and the overall architecture design was too costly to maintain and also very dangerous for the crew. NASA has decided that it’s not going to trade safety for reusability in it’s new space system architecture. They’re playing it safer this time around. After losing two Shuttle Orbiters along with their astronaut crews, can you blame them?