Here are a couple photos of me from 1996 wearing a NASA “bunny suit” while working the failure analysis of the broken tether on the Tethered Satellite System re-flight (TSS-1R) that had recently returned from orbit on Space Shuttle mission STS-75.  I was taking magnified photographs with a fancy high-tech digital SLR camera through an old-school benchtop microscope. 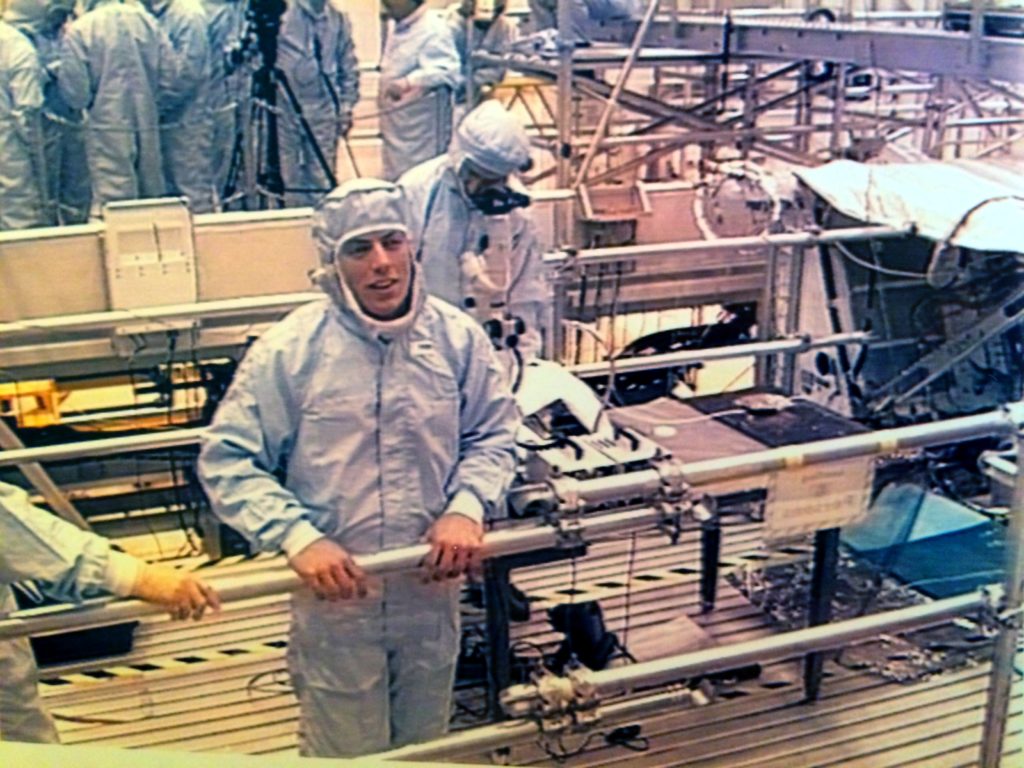 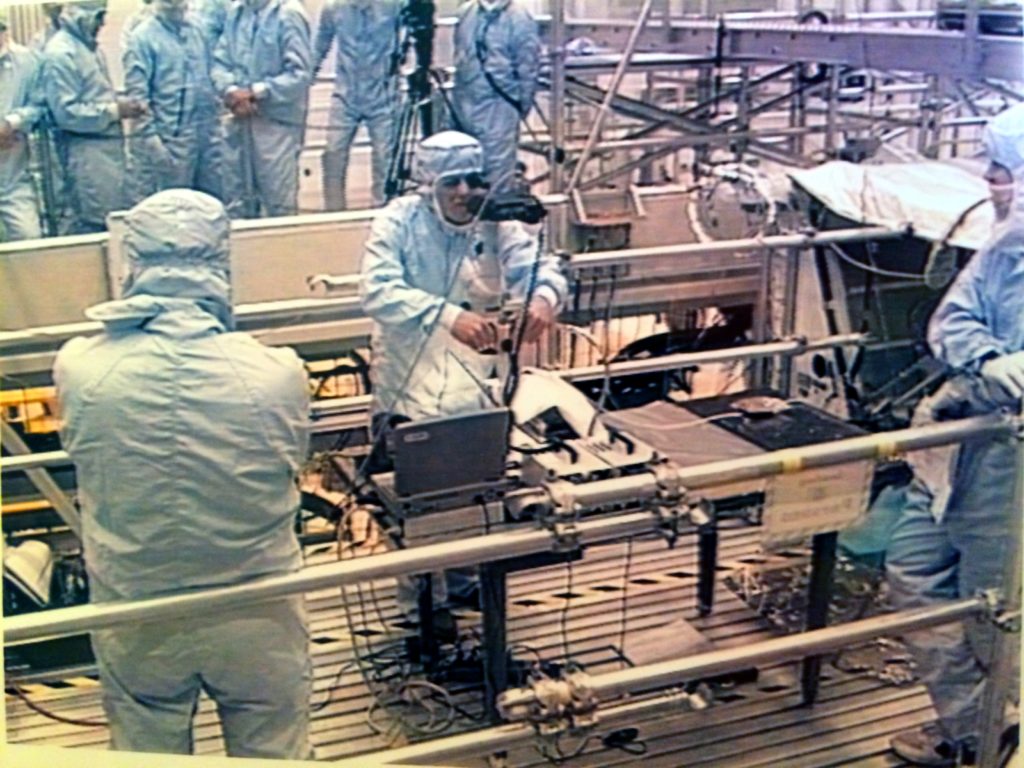 These photos were taken in the Operations & Checkout (O&C) Building hi-bay which is a clean-room environment up on the work platforms, because the workers are adjacent to flight hardware.  The blue bunny suits look kind of funny, but they help keep the flight hardware pristine and help keep our hair and our skin flakes from falling onto the flight hardware.

The Tethered Satellite System was a pretty interesting experiment.  The theory was that we could extend a long electrical wire while orbiting the earth and that long wire would cut through the earth’s magnetic field lines and generate electricity.  The tether on this experiment was nearly 13 miles long!  Wow!

This tether experiment first flew in 1992 on Space Shuttle mission STS-46, but had trouble deploying.  It deployed less than a thousand feet out from the orbiter before it jammed.  But it got a second chance and flew again in 1996.  The deployment during the re-flight mission went well and was nearly complete … about 95 percent complete … when the tether broke and the experiment was over.

The broken tether was reeled back in and was brought back to earth for analysis.  The task was to find out if the tether was mechanically broken, like from too much tension, or maybe from a micro-meteor impact.  Or whether the tether was broken due to an electrical arcing event, such as an over-current.

The final analysis showed that it was an electrical overload.  But the reason for the excess current was pretty interesting and took some detective work.  Around the outside of conductor was a clear Teflon insulation layer which is basically a plastic.  It’s similar to the white plastic insulation layer around the center wire in a coax cable. 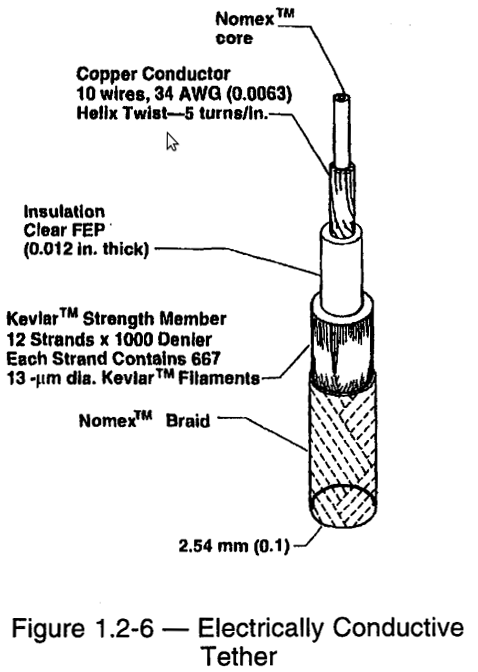 It was determined that this plastic Teflon layer was “breached” and electrical arcing occured between the tether’s conductor and the gantry system that was deploying the tether.

One possible cause of the break in the insulation was “foreign object debris”, which is NASA-speak for something that does not belong there.  We take great efforts to keep flight hardware pristine and clean.  But if a loose wire or something stiff or sharp got into the cogs of the deployment mechanism and punctured the insulation, that could have caused the electrical short.

Another possible cause was a simple manufacturing defect and subsequent quality control miss.  Investigators showed that trapped air in the Nomex core could have leaked out through tiny pinholes in the plastic Teflon insulator and caused an electrical plasma arc due to the high voltages involved.  The experiment was generating about 3,500 volts and about half an amp of current when the failure occurred.

Even though the tether broke and the experiment could not be completed, it was a partial success and lots of data was collected during the deployment before the failure.  So it wasn’t a total loss.

We got a car pass and watched Endeavour launch last night on STS-126 from the NASA Causeway viewing site. It was awesome!

Elijah waits patiently for the launch.  We got there almost 2 hours beforehand.  Notice the nearly full moon out the window.  A beautiful and clear night for a launch.

And we have liftoff!  The picture doesn’t do it justice, because it lights up the night sky as if it were daylight!

We could see it almost all the way down to the horizon.  Very cool.

After a spectacular mission, Discovery and the STS-120 crew came in for a safe landing at KSC a few days ago. I work out at KSC, and I went outside my building to watch Discovery glide in. When the Space Shuttle lands from South to North, it glides pretty much right over the KSC Industrial Area, where about half of the KSC employees work. I happened to have my digital pocket camera on me, so I shot this footage. It’s not the greatest quality video, but it’s about all I can expect out of my pocket digital camera. 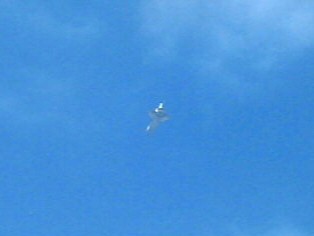