I’m a pretty busy guy, so I don’t really have the time nor the energy to implement every single great idea for a new invention that I think of.  So I’m going to just release any idea trademarks that I might have enjoyed and put my invention ideas out to the general public for implementation.  If you do actually end up getting filthy rich off of any of my invention ideas, I won’t sue you but please feel free to send me a little of your filthy money just to make certain that you are able to sleep soundly at night.  🙂 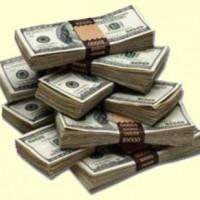 I thought of an iPad app that I think is probably just a small niche product, but I think that small niche might really appreciate it.

Here is the typical use case for the app. A musician downloads or purchases some digital sheet music using this app. The app displays the digital sheet music one page at a time and it has a visually appealing page swipe animation to make it look and feel like real sheet music.  This is pretty standard stuff so far, but once the musician starts playing the sheet music, the app can actually hear them playing and the app actually follows along and highlights where they are in some subtle way … maybe by a blue bar that slides along the music or a subtle yellow highlight or something like that.  I believe this is the really cool and novel feature of this app that other sheet music apps are not doing.  Probably because it’s not an easy task.  But boy would it be cool, huh?

Assuming that the app can hear and follow along with the playing of the music, then the app could also automatically turn the page for the musician if they so desire.  How far in advance the automatic page turn occurs could be configurable by each user.  The app should also be able to tell the musician what their tempo is versus what tempo is suggested in the sheet music.

Obviously, accomplishing all of these features would be easiest if the digital sheet music had lots of hidden information for the app to read to help it understand the notes and to find out the tempo and such.  But the holy grail would be for this app to work on many of the various standard digital sheet music files that are currently out there and purchasable on the Internet.  That would require a pretty smart app to decode the PDF files or whatever the format of these existing digital sheet music files, but I’m sure some really smart programmers can figure out a solution that works reasonably well.  You guys and gals are very sharp!

This app should work for pretty much any instrument type, in theory. As long as the music being played can be heard by the app reasonably well.  This app should also be able to tell the musician if they were in tune or not. That’s already done by other apps, but it could also be a feature of this app.

Are there any other features for an iPad or tablet app that would be useful to musicians and would essentially take paper sheet music out of the picture?  Think outside the box!  Come up with a solution!  Make millions of bucks!  I’m not really a musician any more, but I know several who would buy this app if it was invented!

Please invent this.  Thanks,
Kurt