Are you or someone you know looking for a fun hobby for yourself and a few buddies?

Acme Catapult is officially for sale!

After 18 years of catapulting adventures, Bob and Doug have decided to retire from chuckin.  The ACME Catapult, Bambulance, and all equipment and spare parts are for sale. It was a tough year long decision, but its time to let fresh blood carry on and even set new records.

Please note: this is an extreme hobby, but one that can pay for itself if you promote the machine and are willing to travel a little. They have done many “For Hire” events in addition to several TV appearances.  What sets this machine apart is its awesome strength.  It can easily hurl objects up to 200 pounds and can set, fire and reset every 15 minutes all day long.

[The ACME Catapult is the tandem axle monster pumpkin catapult machine that was seen on national television throwing lawn equipment high into the air on ABC’s “My Kind of Town” and also hurling large appliances on NBC’s “The Tonight Show with Jay Leno”.  You may have also seen it tossing pumpkins on the TLC Special “Punkin Chunkin”, which was filmed at the 2002 World Championship Punkin Chunkin competition in Delaware.  The ACME Catapult team started in 1996 with a much smaller catapult designed to throw pumpkins at a local Pumpkin Festival Contest. Since then the catapult has grown into a tandem axle monster capable of hurling refrigerators and lawn tractors high into the air, or throwing a ten-pound pumpkin 2000 feet!]

If you’re like me, you love demonstrations of speed and power.  It’s a thrill to see a monster pumpkin catapult machine hurl a pumpkin two thousand feet downrange.  Or better still, to toss a 200 pound refrigerator over 200 feet in the air. Now that’s entertainment!

The World Famous Acme Catapult team has been invited to be the first American competitor at the European Championship Punkin Chuckin contest in Belgium for next year, 2010. This is an exciting opportunity to take the American brand of punkin chuckin global! But they can only do this with lots and lots of help from people like me and you. 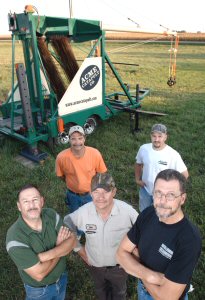 Full Disclosure:  The Acme Catapult team is comprised of Bob Kruse who is my stepdad, and a few of his closest friends and coworkers.

This is a huge undertaking and the round trip overseas shipping costs, airfare, lodging, and food expenses will add up very quickly.  They are in need of monetary donations and they’ve made it very simple to donate online via PayPal.  Just go to the Acme Catapult website (http://www.acmecatapult.com/) and click on the PayPal Donate button! 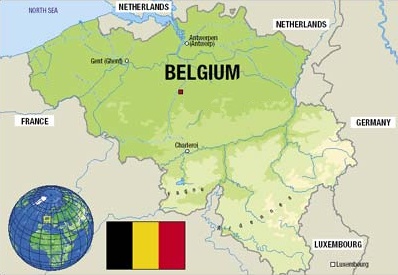