I designed, built, and installed this amazing disappearing workbench many many years ago when I first moved in to this house. I figure there might be someone out there who might be able to use this design for their own workbenches. First, lets look at the photos, then I’ll try to describe the design. 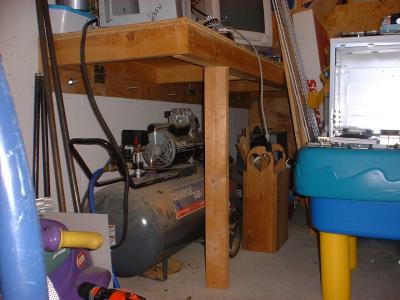 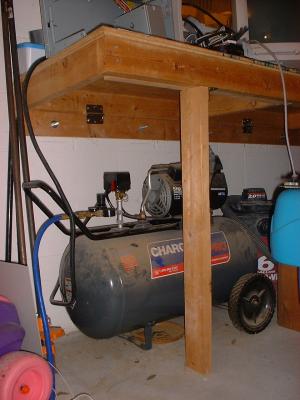 You can see in the photos that there is a hinge on each leg of the workbench and also there are hinges along the back wall. So you just lift up the legs and the whole workbench swings down and against the wall and out of your way! Pretty cool, huh? I don’t have photos of the bench folded down because I rarely, if ever, actually fold mine down. I usually have too much stuff stored on top of it and also underneath it, so it’s not too convenient for me to fold mine down.

Here are finally some more photos of the workbench design, including what it looks like when it is folded down.  I hope these photos show you how simple and awesome this workbench design is. 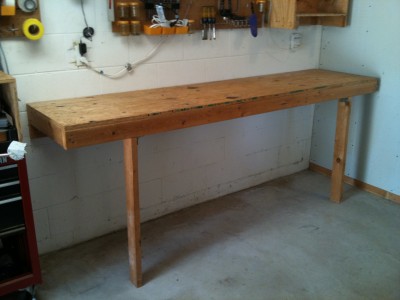 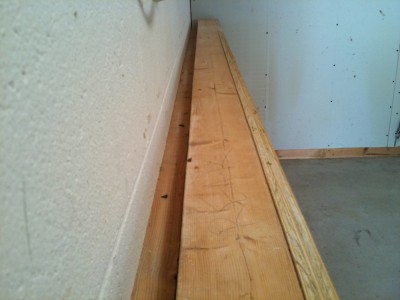 4 thoughts on “My magical disappearing workbench!”