10) Do not start a new diet before your vacation
This one is actually pretty obvious.  I don’t know what I was even thinking.  It’s pretty much impossible to eat healthy while on vacation. 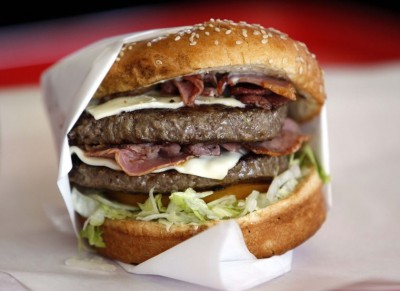 9) It’s possible to discharge an iPhone 3GS faster than it can charge if you play podcasts while also using the GPS receiver
This actually surprised me.  I specifically bought a car charger for my iPhone so I could try out some GPS navigation software on our trip.  I figured as long as I had the iPhone plugged into the power cord, I wouldn’t have to worry about draining it on the long trip.  I was wrong.  With the GPS program running and the iPod app playing podcasts that I had downloaded earlier from my PC, the iPhone drained faster than it charged.  I did not appreciate this situation.

8 ) A pop-up summertime thunderstorm can ruin a nice sunny beach day
We had only been on the beach for a total of about 15 minutes.  Just enough time to get sunblock on all the kids and let them go out and play in the surf for a few minutes.  Then we heard the thunder.  There was a pretty bad storm that suddenly had formed and was heading right for us.  It was a beautiful sunny day one minute and we were running from a lightning storm the next.  We tried to find other things to do.  We hung out in a souvenir shop for a while.  Then we sat in our cars at a park for a while and ate our picnic lunch.  The storms kept building right over the beach.  We eventually gave up and went home.

7) It’s completely possible, although possibly quite expensive, to wash a pickup by driving it completely into a lake
If you back your pickup truck down the boat ramp just to wash out the bed … then you might be a redneck! I just hope this poor guy is able to laugh at this later!  (This is no joke.  We witnessed this with our own eyes, by the way.)

6) Always check the trail online from town before driving up into the mountains where there is no chance of any cell phone signals (or grab a trail map from the welcome center)
We drove to a small waterfall in the Smokey Mountains of southwest North Carolina first thing one morning and were planning on visiting larger waterfalls later in the day.  This first small waterfall was only maybe 50 yards from the road pull off.  But while walking to the waterfall, we went past a forest service sign that had details about climbing and rappelling.  The trail split and one trail went directly to the waterfall and the other went on up the mountainside.  After experiencing the waterfall, I thought it would be fun for me to check out the other trail and see if I could get to the climbing and rappelling rock and take some photos while the rest of the family had a snack back at the car.  After walking uphill for about 2/3rds of a mile, I finally gave up with no climbing wall in sight.  Had to turn around and go back.  My little hike up the mountain was recorded on my GPS, but there was no cell connectivity so I had no Google map overlay to look at.  After we got back into town, I brought up the Google map overlay onto my GPS hike.  See the screen shot below.  It turns out I was only about half way to the climbing face when I gave up and turned around.

5) North Carolina experiences the same temperatures as Florida, only with slightly less humidity
It was pretty hot and pretty humid in central North Carolina while we were there.  We’re talking the middle of July.  But every time I brought up the current conditions for North Carolina and compared them to the current conditions in Central Florida, the temperature was always the same within a couple of degrees and the humidity was always worse in Florida.  I probably checked about 4 times during the week that we were there and the results were always the same.  So I guess it actually did feel just a little bit nicer up in North Carolina compared to back home.  After all, it’s a slightly drier heat up there!  🙂

4) It is utterly impossible to lock your keys in the ignition of a Nissan Xterra SUV
We bought a 2004 Nissan Xterra recently and drove it on our vacation.  One time at a gas station I was trying to write down the mileage and the car was turned off and the keys were in my pocket, which is where they belong when they are not in the ignition.  Well, the odometer doesn’t work unless the key is on, so I had to turn the key on to write down the odometer reading.  When I was done I needed to go in to use the restroom, so without thinking I locked the door with the power lock button and shut the door.  Just as I was shutting the door, I realized the key was in the ignition still.  Turns out that the car doesn’t let you lock the doors when the key is in the ignition, or maybe when the key is turned on.  So even though I tried, I was not able to lock my keys in the car.  Now, if it wasn’t in the ignition that would have been a different story, but my keys are usually in my pocket or in the ignition.  I tend not to leave them laying anywhere else, knock on wood. 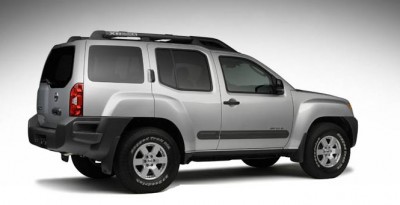 3) After a long hike through a narrow trail in the woods, if you stare at a large flat sign you will experience this really freaky peripheral vision motion after effect illusion of the sign melting away from you
After walking back down the mountain trail about 2/3rds of a mile from looking for the climbing and rappelling wall, I stopped at the bottom to read the forest service signs again, because there were details about the climbing wall there.  According to my GPS records, I had walked downhill on this woodsy trail at about 2.5 miles per hour for approximately 14 minutes without stopping.  Well, when I stopped and looked at this big billboard of a sign, I experienced something very weird and interesting.  My eyes and brain were totally still in “moving through the woodsy trail” mode and so when I stopped to look at this big stationary wall of a sign, it looked like the sign was melting away from me.  At least in my peripheral vision, the sign seemed to be moving away from me.  It was pretty freaky and it took about a minute before I could see normally without getting a bit dizzy.  Scientists call this illusion the motion after effect or waterfall illusion.

Here is a nice example:  http://www.michaelbach.de/ot/mot_adapt/index.html

2) Waterfalls are really cool … but not real fun if you forget your water shoes
We saw some pretty cool waterfalls on our vacation.  One of them, Looking Glass Falls, is 60 feet tall and at the bottom there was a big pool where tourists can swim and play.  It’s common sense that you would bring water shoes or at least flip flops or sandals if you’re gonna visit a place like this.  After all, everyone knows that the floor of these creeks and waterfalls is covered with sharp jagged rocks, right?  Well, this Florida boy found out the hard way.  I was wearing my good tennis shoes and did not have anything else in the car to wear.  I wasn’t gonna ruin my good tennis shoes, so I chose to walk around barefoot in the water.  Not a great idea.  The rocks are slippery in addition to being sharp.  Pretty uncomfortable to walk on.  I actually slipped once and messed up my big toe, but I won’t go into the details.  A week later my big toe is still recovering from my poor planning, though.  And the bottoms of my feet are probably all cut up too.

1) Dry cereal is completely okay with everyone in the family for dinner after arriving home after a long drive
After a very long drive home and returning to a house that is pretty much devoid of real food.  The boys were perfectly content and happy to sit and eat dry cereal for their dinner.  They were just happy to be home again.  🙂