Did you catch the new 8 episode streaming historical drama series The Right Stuff on Disney+? It premiered on October 9th, 2020 to a bit of fanfare.

The incredible story of the early days of the U.S. space program, based on the iconic bestseller by Tom Wolfe.

This series is highly fictionalized and dramatized and doesn’t follow the book perfectly. And that’s okay. It’s getting some heat from reviewers in this vein, but I think everyone should just calm down and realize that there was no point in copying the 1983 movie in this new series. This series is not an exact historical account. And who cares? The movie wasn’t either.

If you’re on the fence, this behind the scenes trailer might help get you pumped up for it:

And here’s the official trailer:

Besides being sort of a space nerd myself, the other thing that got me interested in following the production of this new series is that most of it was filmed right in my back yard. Several scenes were filmed on Florida’s Space Coast. And most of the rest was filmed on a soundstage at Universal Studios, Orlando. Additionally there were a few scenes that were filmed in downtown Orlando, Lakeland, and Tampa.

The most amazing thing about this series filming locally is that I had the amazing opportunity to be cast as an extra in several scenes of several episodes. See if you can spot me! Just remember, long haired and bearded hippies weren’t really a big part of the early space program, so imagine me without any facial hair. Type your guesses (episode number and time hack) below in the comments!

A few months ago, my wife and I found this beautiful old 8mm film projector at an antique flea market on Florida’s Gulf Coast. And it was very reasonably priced too. We thought it would look great displayed in our living room, and we were right!

This vintage projector reminds me of my grandfather, Kurt William Leucht, who came to America when he was 18 years old from Germany. Grandpa Leucht was very artistic and creative. As an adult, he got really into making home movies with his family and with his friends. So my family has quite a bit of old 8mm film from my grandpa.

This projector is a a Univex model PC-10. There is no manufacture date on the unit. Most online references say that these were manufactured in the 1930s, but I found one site that claims manufacture in 1947. My grandpa was 51 years old in 1947, so he could have actually owned a projector like this one.

The power cord was rubber and in very good shape, so I assume it had been replaced since the original cords were fabric covered. The motor worked fine and the lamp could not be tested since the bulb was burned out. I ordered a replacement bulb (BWY) online and it worked perfectly!

Surprisingly, this projector came with the original price tag from the manufacturer, Universal Camera Corporation! Universal Camera Corporation was founded in 1932 in New York. It manufactured still cameras, film, movie cameras, and binoculars until 1952, when the company declared bankruptcy. If we assume 37 bucks was the 1947 price, that would make the 2019 price close to $420.

This projector is actually pretty simple to understand. The sprocket at the top pulls the film off the reel and the sprocket at the bottom feeds the film into the temporary take-up reel. In between those 2 sprockets, the film is fed into a spring loaded gate which guides the film past the lens and the projector light. The film gets fed past the lens using a finger like gear that flips the film quickly to the next frame and then pauses while a rotating window opens up to let the projector light through.

It’s really cool that the lens is only held in place by spring friction. This allows you to twist the lens ever so slightly while pulling it away from the film or towards the film to change focus. This design also allows the lens to be removed easily for cleaning.

The internal gears were basically locked up due to aging and thickening of the original grease. But a single cover revealed the gear box and so I took apart each gear and cleaned and oiled them thoroughly.

Once the gears were all cleaned and oiled with a light machine oil, the projector worked perfectly! The two belts that run between the motor and the gearbox and take-up reel were made from flexible steel springs, so they were still in perfect shape. Had they been rubber or some other material, they wouldn’t have lasted 70+ years.

Another cool item that came with this projector was an old order form from 1946 that was used to order 8mm and 16mm films. That probably dates this projector to 1946. The film distributor was Castle Films, and the form just says to fill it out and mail the form to your local dealer. I’m assuming that local camera dealers probably kept the most popular reels in stock and ordered the rest as needed. Apparently Castle Films was pretty popular back in the day. My favorite old-timey phrase on this order form is “Remittance Enclosed Herewith”. Awesome!

These film reels were all black and white except for a small selection of color cartoons.

These Castle Films reels cost $1.75 for a 50 foot headline reel and $5.50 for a 180 foot complete reel. That’s more than 22 bucks and 71 bucks in 2019 money! Castle Films are still popular today and you can buy them on eBay for reasonable prices. Although depending on storage, the condition may be far from ideal. Film that was stored in a hot attic for 50 years will be brittle and will completely fall apart on you.

The people in this video are opening Christmas presents probably in the 1940s or 1950s! Do you know these people? Are they your relatives?

We bought this old 8mm film at an antique flea market in Central Florida recently. I thought it would be fun to publish the video online just to see if anyone noticed their relatives in there. Feel free to share this video!

Click the Email Us link at the bottom of this website or add a comment below and tell me if you think you may know who this old 8mm film belongs to!

Today is the last day of Christmas break for my 11 and 13 year old boys, so I just now offered to take them to see their second showing of the blockbuster film Star Wars: The Force Awakens.  I was surprised by their lack of excitement. 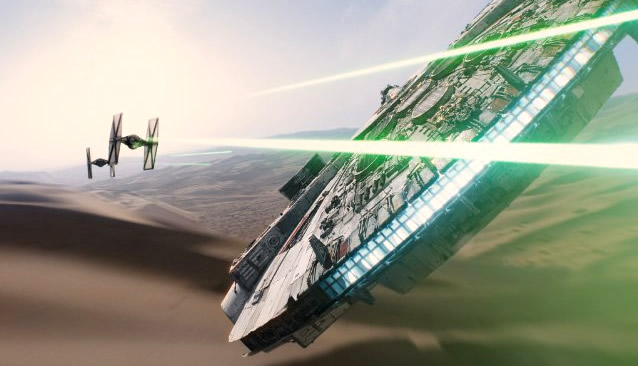 Wow, I don’t even remember any cursing in the film.  I looked it up on the Internet and apparently there were exactly three swear words … one use of  “d-mn” and two uses of “h-ll.”

So Disney, if you’re listening … there’s no reason for the Star Wars characters to curse.  It just doesn’t fit in with that universe.  It feels out of place. Well, at least for kids it does. 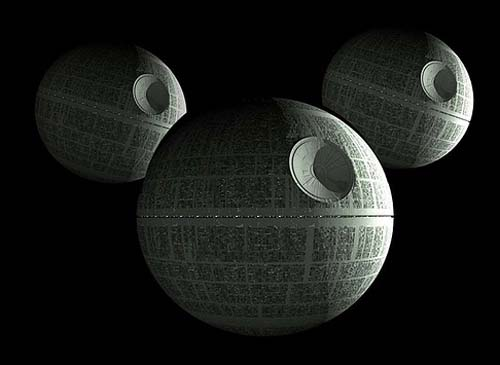 It’s been several years since we saw Episodes 4, 5, 6, so we may have forgotten if there was any swearing in those movies.

Back in April, the Star Wars traveling exhibit titled “Star Wars: Where Science Meets Imagination” was at the Orlando Science Center.  It was pretty amazing.  The exhibit is now in Indianapolis and will complete it’s 20 city tour in San Jose California later this year (2013).

They had lots of great props, costumes, and models from various movies.  Plus, they had some nice interactive stations and learning stations for the kids.