Back in April, the Star Wars traveling exhibit titled “Star Wars: Where Science Meets Imagination” was at the Orlando Science Center.  It was pretty amazing.  The exhibit is now in Indianapolis and will complete it’s 20 city tour in San Jose California later this year (2013).

They had lots of great props, costumes, and models from various movies.  Plus, they had some nice interactive stations and learning stations for the kids. 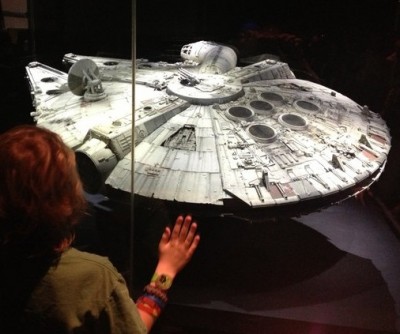